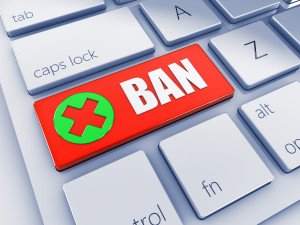 In a recent announcement, the US Food and Drug Administration (FDA) asserted the ban on powdered medical gloves will come into effect, beginning 19 January 2017.

Citing the evidence that the use of powdered medical gloves poses an unreasonable and substantial risk of illness or injury to patients and other individuals who are exposed to them, the US FDA proposed the ban right back in March 2016. The ban applies to:

The FDA is set to impose the ban, as it might pose a danger, which patients and health care professionals might not even be aware of. The risks include airway and wound inflammation, post-surgical adhesions and allergic reactions. The major concern is that the risks cannot be corrected through new or updated labelling.

What are Powdered Gloves?

Medical gloves are disposable gloves used during medical examinations and procedures to help prevent cross-contamination between healthcare providers and patients. They are available in both unpowdered, or powdered forms (cornstarch used to lubricate the gloves making it easy to don them). But even when cornstarch replaced tissue-irritating talcum powder, it can pose a resistance to healing if it seeps into tissues during surgery. It has several other potential side effects such as inflammatory reactions, granuloma and scar formation.

All healthcare systems in the United Kingdom and Germany had eliminated the use of powdered gloves.

The powdered glove considered to be a medical device, the proposed ban seems the second in the row, first took place in 1983 when the FDA imposed the ban on prosthetic hair fibers.

What does the ban entail?

As per the US FDA, the ban will apply to sale, distribution and manufacturing of all:

However, no ban will be imposed on powdered radiographic protection gloves. Also, the ban will not apply to powder used during the manufacturing process for non-powdered gloves, so long as only trace amounts (no more than 2mg of powder per glove) are found in the end product.

Though there seems a small portion of opposition on the powdered gloves ban, the FDA takes the positive outlook from the majority of the comments received in response to the proposed ruling favoured the ban. To facilitate the ban, it is to be learned that the FDA proposes to amend the classification regulations for medical gloves to help distinguish between powdered and non-powdered gloves, as the current classifications do not specifically differentiate between the two of them.

With the ban stories continue to take the Pharma Regulatory industry by storm, the need of the hour is to keep track of the industry updates to stay ahead with compliance. Get an expert advice.