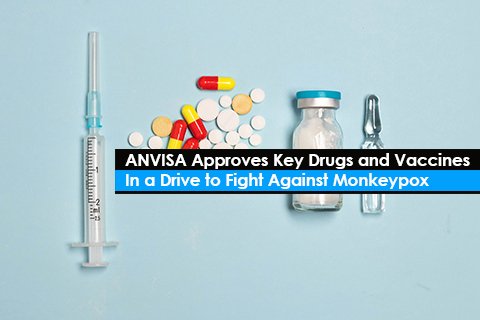 The World Health Organisation (WHO) declared the Global outbreak of Monkeypox as a Public Health Emergency of International Concern (PHEIC) on July 23, 2022. A week later, on July 29, 2022, Brazil recorded its first fatality (the first death caused by Monkeypox outside of Africa), according to Brazil’s Health Ministry.

And currently, Brazil has more than 1700 cases of Monkeypox, according to figures from the WHO.  Over 1,000 of them are in Sao Paulo, the country’s most populous state.  This makes Brazil the Latin America region’s Monkeypox hotspot as it has more cases than the other neighbouring countries.

Monkeypox, caused by the Monkeypox virus, is transmitted from one person to another through droplets, contaminated objects, and close contact with an infected person, according to the WHO.

The National Health Surveillance Agency (ANVISA) has recently approved the use of the vaccine- Jynneos/ Imvanex and the drug Tecovirimat for the treatment of Monkeypox in Brazil. The Agency reviewed and validated the data from the European Medicines Agency (EMA) and the US Food and Drug Administration (FDA), to grant the approvals.

CAVEAT: Taking note of the unprecedented turn of events, the temporary and exceptional waiver is applicable only to the Ministry of Health. Additionally, the Brazilian Regulators have also created a technical committee to monitor the spread of Monkeypox in the country. This is in the hopes that the council will help Brazil take swift and timely action to avoid a widespread outbreak.

It shall be valid for a period of 06 (six) months, given that ANVISA does not revoke it.

Infection Control and the Next Steps

ANVISA is expecting that the smallpox vaccine and drug will prevent or reduce the severity of Monkeypox infection. But it is yet to be confirmed, and thus the vaccine’s effectiveness for the prevention of Monkeypox is being monitored.

If you are a drug/ vaccine manufacturer looking to learn more about Monkeypox medication and the vaccine registration process in Brazil, consult Freyr experts in Brazil.