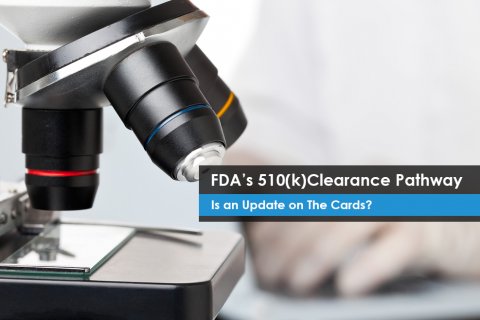 Every year, FDA regulates more than 190,000 medical devices pertaining to different classes. In order to provide better healthcare, the agency is striving continuously to update the pathways through which these devices are being submitted. In a recent press release, FDA announced that the agency is looking at the potential aspects to update the 510(k)-clearance pathway for medical devices.

To do so, the first step the agency is planning to adopt is to introduce more modern predicate medical devices and retire the predicate devices that are older than 10 years with the consent of the Congress. The aim of this change is to promote innovation and market devices with modern features and technology. Referring to the same, the FDA’s Center for Devices and Radiological Health (CDRH) is also in discussions whether to post a list of medical devices/manufacturers who cited a predicate that is older than 10 years in their submissions. The data is expected to be published on their website.

In addition to this update, the HA is also expected to release a new Regulatory pathway for medical devices with the objective of promoting safety and performance of the device under the guidance document “Safety and Performance-based pathway” in the year 2019. According to FDA, the new pathway will help manufacturers establish novel devices with modern performance standards and portray FDA’s technological principles. This approach will not only prepare the future devices but will also affect the devices which have already been marketed. For example, in 2017, 3,173 devices were cleared through 510(k) pathway, out of which 20% of the devices used predicates which are older than 10 years. All of these devices will be investigated to measure their safety and performances as per technological advancements.

With the motive of focusing on advancement, the new update seems a positive development from the FDA. Yet, the finalization of this entire initiative depends on the approval from Congress. The agency believes that this step of modernization is necessary for the HA to drive the device market in the right direction.

Looking at the greater picture, the update may turn out to be favorable for FDA’s step towards modern healthcare, but it can only be confirmed once the act is passed by Congress. Till then, stay tuned for more updates on 510(k) clearance pathway. Be compliant. Be informed.