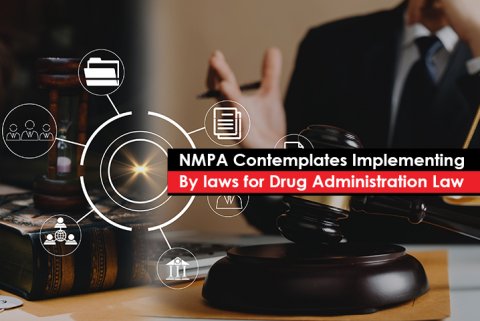 The draft amendment introduces significant changes to the Regulatory framework. It encodes the various Regulatory initiatives undertaken by the Chinese government since the implementation of the current China DAL, which was promulgated in 2019. The Law was intended for data protection and patent linkage.

The draft is also the NMPA's latest effort to deal with matters of public interest, such as the DAL penalty standards. The State Council’s approval and publication of the draft amendment will significantly impact how pharmaceutical companies conduct their businesses.

Following is a list of the key points in the draft Implementing regulations:

The draft amendment aims to ease the foreign manufacturers’ application to DAL. This is a great initiative for manufacturers to secure marketing authorization in China.

For a medicine that will be offered in China, or which is already on the market, all overseas R&D and production operations must be conducted in accordance with the Regulatory requirements outlined in the relevant Chinese laws, regulations, rules, standards, and specifications. Even though the Chinese Good Clinical Practice (GCP) and Good Manufacturing Practice (GMP) are not entirely aligning with international standards, this could place an additional strain on global pharmaceutical companies.

The proposed amendment contains rules for amending the Investigational New Drug (IND) application and the New Drug Application (NDA). Particularly, IND-approved assignments must be approved by the Center for Drug Evaluation (CDE), and the CDE can issue a new Clinical Trial Application (CTA) pointing to the new IND owner. However, the amendment does not specify the conditions and timelines for the CDE approval. If a company wants to assign an NDA when transferring approval to another company, the transfer must extend to all the formulations of the medicinal product in question. The CDE does not currently review or approve assignments for an IND approval. Companies can agree on contractual transfers, and transferees only need to update the CDE clinical trial sponsor information. The proposed change could raise the bar for IND approval attributes.

The DAL remains silent on the admissibility of cross-border contract manufacturing. However, in practice, the NMPA firmly holds the approval pathway. A PRC-domiciled Marketing Authorization Holder (MAH) cannot contract a CMO outside of China, nor can a foreign MAH contract a Contract Manufacturing Organization (CMO) in China. The draft amendment replicates this with respect to clinical supply. This change will create new opportunities for cross-border contract manufacturing.

The two (02) main concerns for R&D-based pharmaceutical companies are patent linkage and Regulatory data protection. The draft amendment has restated the operating mechanism. It aims to provide an exclusive right to MAHs for six (06) years. It also prohibits the unauthorized use of undisclosed clinical data and data for Regulatory filings. Moreover, the NMPA should not disclose proprietary data publicly unless it is used in the public interest or when protective measures are in place to prevent biased commercial use. IND and NDA data should be protected and only be disclosed in public interest along with solid protective measures.

The People’s Republic of China’s (PRC’s) Administrative Penalties Law imposes that administrative penalties shall be educational in nature and be corresponding with the facts, nature, and severity of the unlawful acts. To implement this principle, the proposed amendments define a set of sentencing guidelines for administrative penalties. Law enforcement agencies are responsible for companies that manufacture or sell counterfeit or substandard pharmaceuticals, biologics, or substandard products to pregnant women or children. Suppose the company actively takes steps to reduce or eliminate the drug safety risks posed by the violation or can prove that it has no fault with respect to committing such illegal activity. In that case, there is a chance that it may be given a reduced penalty or even no penalty under the draft amendment. Once these sentencing guidelines are complete, pharmaceutical companies and their executives will be more predictable and defensible.

The dynamic Regulatory framework in China makes the drug registration laws quite challenging for manufacturers who wish to introduce their products in the Chinese market. For insights on the NMPA updates and end-to-end Regulatory assistance in China, contact Freyr!