510(k) Clearances and A Pathway On Safety and Performance 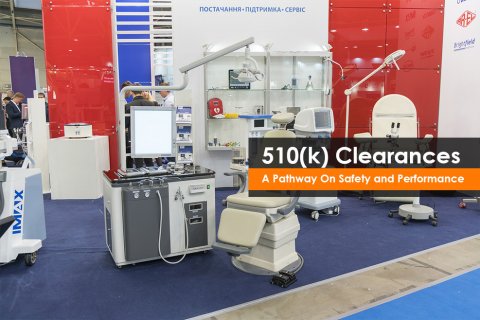 Did you know? The US Food and Drug Administration (FDA) has set yet another high record by approving 106 novel devices in 2018, making it the most successful year for medical devices. With this accomplishment, FDA has surpassed its 40-year old record set in 2017 of approving 99 novel devices, showing a continuous growth for the past 8 years. The approved devices include a range of innovative products such as automated insulin dosing systems for children, the world’s smallest heart valve for newborns, the first mobile medical app to help manage opioid and substance abuse disorders, and artificial intelligence technologies that diagnose diabetic retinopathy.

FDA has always promoted safety and innovation of medical devices to ensure their high quality. To keep up with these increasing number of novel device approvals and their safety, FDA is planning to “modernize” the medical device clearance pathway. According to the agency, modernizing the clearance may require a new authority. In 2018, FDA and Center for Devices and Radiological Health (CDRH) released a joint document stating that 510(k) was one of the two submission types added to the definition of novel devices. Along with this, Humanitarian Device Exemptions (HDEs) were also added to the definition of novel device post the changes made to CDRH’s breakthrough medical device program due to the 21st Century Act.

The proposal by the FDA and CDRH is in response to the potential need of pursuing new authority to modernize 510(k) process. The motive of the proposal is to limit the use of predicate devices, as Substantially Equivalent (SE), which are older than 10 years in order to promote innovation. It is a step forward regarding the guidance released by the agency in April 2018. The draft was released by the FDA to propose the expansion of the Abbreviated 510(k) program at FDA’s CDRH under the title – “Safety and Performance-based Pathway”. It was introduced to decrease the burden of provisions on the medical devices. The approach also intends to increase the efficiency of the review of 510(k) submissions, thus, reducing the pressure on the agency.

Here are some of the highlights of the guidance:

The number of medical devices appearing for clearance has increased exponentially over the years. This has given wide scope to the FDA to adopt and implement innovative measures to improve the clearance pathways. The agency has a strong belief in the merits of this proposal, but the response of the industry is yet to be deciphered.

With the FDA continuously coming up with new guidance documents to upgrade medical device registration, it is necessary for medical device manufacturers to keep a track of them and act accordingly. Stay up-to-date. Stay compliant.