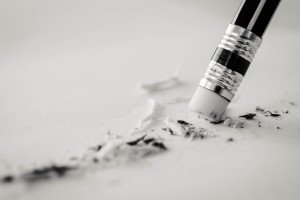 What does it mean for Drug Approval Processes?

In a recent meeting, the US President proposed a crucial deal that could drastically change the regulatory landscape as we anticipate. In a bid to reduce the taxes and regulations related to drug approval processes, the recently elected US President proposed the move, which is expected to create ripples in the Pharmaceutical regulations to be devised by the FDA. However, the conditional tone still persists that if drug companies agree to make drugs affordable for the patients and significantly lower the exorbitant prices.

In a clear indication of what lies ahead for the US Food & Drug Administration (USFDA), the US President expressed his views on FDA regulations and added that 75-80% of them will be eliminated. In addition, he also mentioned that instead of 9000 pages, the documentation will now be 100 pages.

What is the existing time-frame for FDA Drug Approval processes?

As per the report, any new drug takes close to 12 years on average to reach the market. From the given pharmaceutical company submits the dossier or application to the FDA, the approval process takes about two and a half years. Thereby spending the most time in the FDA review process. 10 months for “standard review” and 6 months for “priority review”. Back in 2015, while standard reviews were completed in a median 12 months, the median length of priority reviews was 8 months approximately.

What lies ahead for the Biopharma industry?

Already setting the momentum to reduce regulations, the US President signed an Executive Order (EO) that requires two existing regulations to be eliminated every time a new regulation is adopted by the federal government. With a major overhaul of the FDA regulations that lies ahead, Biopharma companies would now need to streamline their own Regulatory processes as well.

Meanwhile, there have been mixed responses pouring in from the industry regarding this crucial deal. While on one hand the top leaders in the pharma world are looking at it as a positive and productive agenda which could in turn create 3,50, 000 US jobs over the next 10 years for the biopharmaceutical industry, the consumer watchdogs were less optimistic about this decision saying that the move could destroy the agency’s essential ability to protect the public health.

To combat all the impending confusion and to be aligned with the FDA’s anticipated speeding up of drug approval processes, specialized regulatory solutions and services providers could come to manufacturer’s rescue.