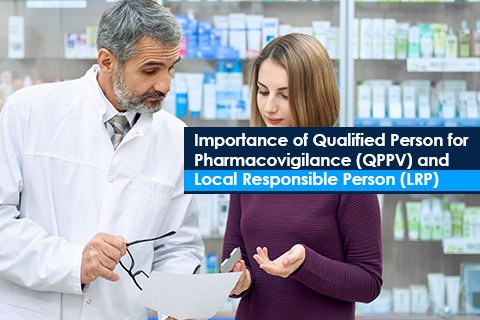 Marketing Authorization Holders (MAHs) with medicinal products authorized for marketing in the European Economic Area (EEA) have a legal responsibility of establishing a PV system for accomplishing PV obligations for their products. To this end, the MAHs in the European Union (EU) must appoint an appropriately qualified person for PV (QPPV). The role and responsibilities of the QPPV include, but are not limited to:

The QPPV must be available to the MAH permanently and continuously and reside and operate in a Member State of the EEA (which includes Norway, Iceland, and Liechtenstein). Back-up procedures must be in place in case of the absence of the QPPV. For the United Kingdom (UK), where a QPPV does not reside in the UK, a local responsible person for PV (LRP‑PV) residing in the UK must be appointed.

The MAH must ensure that the QPPV has adequate skills for the management of PV systems, in addition to key areas such as medicine, pharmaceutical sciences, epidemiology, and biostatistics. If the QPPV has not completed his/her basic medical training, the MAH must ensure that the QPPV is assisted by a medically trained person. The role of the QPPV and the medically trained person support can be outsourced on a need basis.

Many European (and non-European) countries may legally require an LRP-PV (also called local QPPV, or National Person Responsible for PV (NPRP)) at the country level, who may report to the EU QPPV (for example, an LRP-PV for Germany is called Stufenplanbeauftragter). Despite the use of different titles used to describe the person performing this role, they all represent the same role of representing an MAH at the country level, and the efficient functioning of PV systems and processes are also regarded as the same.

The LRP‑PV must be an experienced person, a resident of the country where the LRP‑PV services are required and should be fluent in the national/local language.

The following is the current EU Member State requirement regarding the nomination of an LRP‑PV at the national level:

Freyr currently has its QPPV based out of Germany and Poland and can cater to the QP needs of the EU region. Freyr also has a Deputy QPPV based out of Romania. Freyr’s extensive affiliate network across the globe also allows us to cater to LRP-PV support for the majority of the EU countries. With an increasing demand for QPPV-like requirements outside of the EU, Freyr can cater to such needs with its vast and growing global network. Consult Freyr!