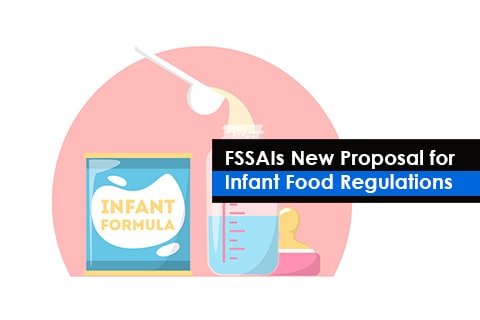 The Food Safety and Standards Authority of India (FSSAI) has issued a draft regulation pertaining to the safety standards of infant nutrition. In India, most of the nutritional products for infants with Inborn Errors of Metabolism (IEM) are imported from foreign countries. With the FSSAI’s new proposal for regulations, companies in India are expected to be able to manufacture IEMs locally. The draft proposed by the FSSAI is an updated version to the existing regulations released in 2011 for infant food nutrition and covers the safety standards required for the manufacturing of infant formula for special medical purpose.

The proposed draft guidance details requirements for the composition of the infant formula, its scope, and amount of food additives to ensure enhanced safety standards for the following product categories:

According to the revised regulations, the infant food for special medical purpose shall be exempted from the packaging Regulatory requirements that are applicable for the infant nutrition food. The draft further states that the formula for both the categories of infant food (i.e. special medical purpose and traditional food ingredients-based) must maintain the conformity of the microbiological standards of milk and milk products. It also establishes the standards for the usage of ingredients used in the infant food and their sources.

Once the regulations come into force, companies may not be able to manufacture, sell or store infant milk food, infant formula, infant complementary food or any other type of infant food without the BSI Mark. However, the infant formula for special medical purpose category is exempted from this rule.

As mentioned above, India imports most of its infant food supply from foreign countries. However, with these new regulations coming into force, it will be easier for companies to manufacture the food locally. The introduction of these new rules will also help the FSSAI to ensure that no loopholes in the regulations are exploited to sell the infant food, which, originally, is illegal as per the Infant Milk Substitute, Feeding Bottles, and Infant Foods (Regulations of Production, Supply and Distribution) Act.

The FSSAI has already collected the comments from the industry experts regarding these changes in the regulations. Since the outcome of the proposal is yet to be declared, it is advised for manufacturers to stay informed to stay compliant.